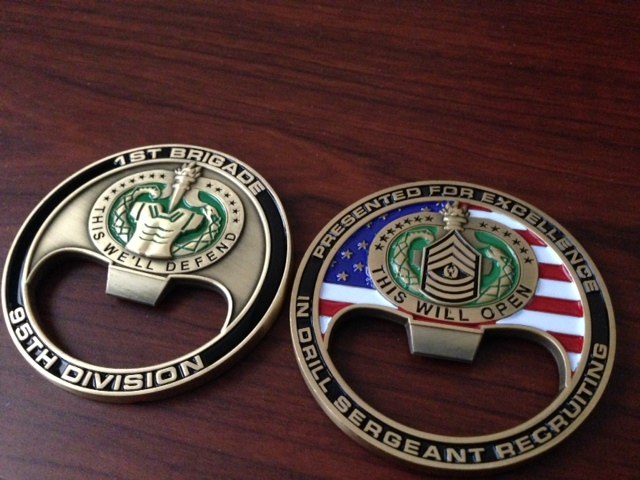 The 95th Infantry Division was an infantry division of the United States Army. Today it exists as the 95th Training Division, a component of the United States Army Reserve headquartered at Fort Sill, Oklahoma. Activated too late to deploy for World War I, the division remained in the Army's reserve until World War II, when it was sent to Europe. Renowned for fighting back fierce German counterattacks, the division earned the nickname "Iron Men of Metz" for fighting to liberate and defend the town. After World War II, the division spent another brief period in reserve before being activated as one of the Army's training divisions. Over the next fifty years the division would see numerous changes to its structure as its training roles changed and subordinate units shifted in and out of its command. It activated a large number of regimental and brigade commands to fulfill various training roles. The division then began conducing One Station Unit Training, a responsibility it continues to this day.