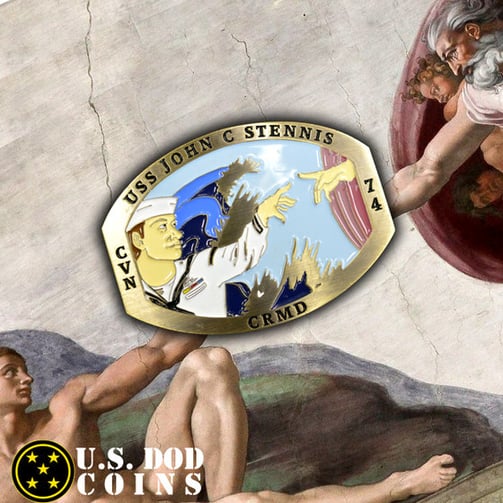 “God and Country”  is a term used often used by Americans far and wide.  And we all celebrate and commemorate both in our own unique ways.  Many people in the military and armed forces from the Army to the Marines to the Air Force to the Coast Guard all the way to the Navy have deep faiths that they like to keep as near to their hearts as their families and loved ones.

One such person from the military, Mr. David Denkins, decided to make a custom belt buckle project that not only looks great but reflects the deep spirituality and faith that many sailors carry with them daily.

Mr. Denkins, a Chaplain in the Navy, is a part of the Command Religious Ministries Department(CRMD), which is meant to nurture the spiritual, religious, and personal morale of the men and women on board and abroad.

The Carroll Fire Department of Urbana, Illinois has kicked off Breast Cancer Awareness Month with...

The 95th Infantry Division was an infantry division of the United States Army. Today it exists as...

Honoring the Valor and Bravery of Black American Patriots throughout History

February is Black history month and U.S.DOD Coins will be putting together a small series of blogs...